Movie critics Ibañez and Stone attended a sneak preview of “How to Dance in Ohio,” an HBO documentary about teens with ASD preparing to attend a spring formal dance.

Reviewer 1: As a life-long connoisseur of films that combine the themes of teenage angst and the “big dance”, this film ranks high on the list for me– right next to Grease. However, the teens and young adults with ASD in this documentary are more colorful, endearing, and relatable than any fictional character ever portrayed by John Travolta and Olivia Newton-John. The featured teens—Meredith, Caroline, and Jessica—along with their friends in a social skills group in Columbus, Ohio, display a wide array of functioning levels and personalities. While you do get an intimate look at the ASD-specific challenges that arise for these teens and their families, one of the most refreshing and powerful aspects of this film is that, more often than not, you will find yourself connecting with what the teens are feeling as they prepare to take on the dance (and the “real-world”). Through the course of the 90 minutes, I found myself thinking “oh, I remember those butterflies in my stomach,”  “Ah yes, I remember how difficult that moment was for me,” and  “I too think practicing my dance moves before the big dance is a must.” Overall, the teens’ desire to socially connect and successfully navigate the highs and lows that come with rites of passage shines through and does so very brightly!

Reviewer 2: Despite an overflowing work life that has been focused on autism for more years than I like to admit, I experienced this film as one of the most (probably THE most) fresh, genuine, and unforgettable autism documentary that I have seen.  In fact, I have not been able to stop thinking about “How to Dance in Ohio” since attending the sneak preview through SIFF on Wednesday night. This film provides such an engaging and honest depiction of teenagers with ASD that it is hard to not to share in their fears, struggles, courage, and successes as we watch them navigate their new world of dating, dancing, and dress-up.  A bonus of the SIFF preview was the opportunity for a Q&A session with the director (Alexandra Shiva) and producer (Bari Perlman), who described their experiences getting to know the teens, as well as the exquisite care they took to ensure their comfort throughout the process.  As heartwarming as the film was, the fact that the theater was filled to capacity was (almost) equally gratifying.  I would be surprised if anyone left the theater without feeling changed in at least some small way by the honesty and strength of Caroline, Meredith, and Jessica.

This film will be aired by HBO on October 26, 2015.  For your own sneak peek of the film, check out the trailer! 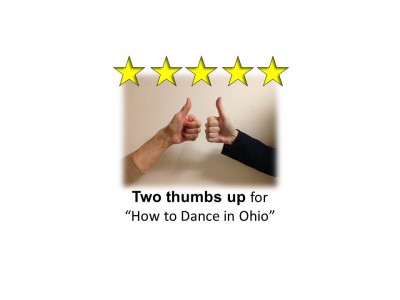