Katie was a research coordinator for the ImPACT study from 2016-2019. She left to pursue a Master’s degree in Occupational Therapy at UW.

This project evaluated a parent-implemented intervention designed to improve children’s social and communication skills. Our study examined the effectiveness of ImPACT (Improving Parents as Communicative Teachers) for infants at familial risk for ASD. Participating families were randomly assigned to either the Treatment group or an Assess-and-Monitor group.

This project implemented and evaluated an innovative healthcare service delivery model designed to promote earlier access to specialized intervention for toddlers with ASD. The Screen-Refer-Treat (SRT) model provided a coordinated and cost-effective approach to early identification and intervention by involving both Medical and Early Intervention (EI) providers, and represented a practical and sustainable strategy for bridging the gap between ASD concerns and ASD intervention. We recruited participants from four communities across Washington State: Skagit, Lewis, Yakima, and Spokane counties.

Allycen worked as a research coordinator on the Screen-Refer-Treat community-based study from 2015-2017. She is now pursuing a PhD in Clinical Psychology at Purdue University.

To read their bios and learn more about the entire READi Lab team, visit our About Us section! 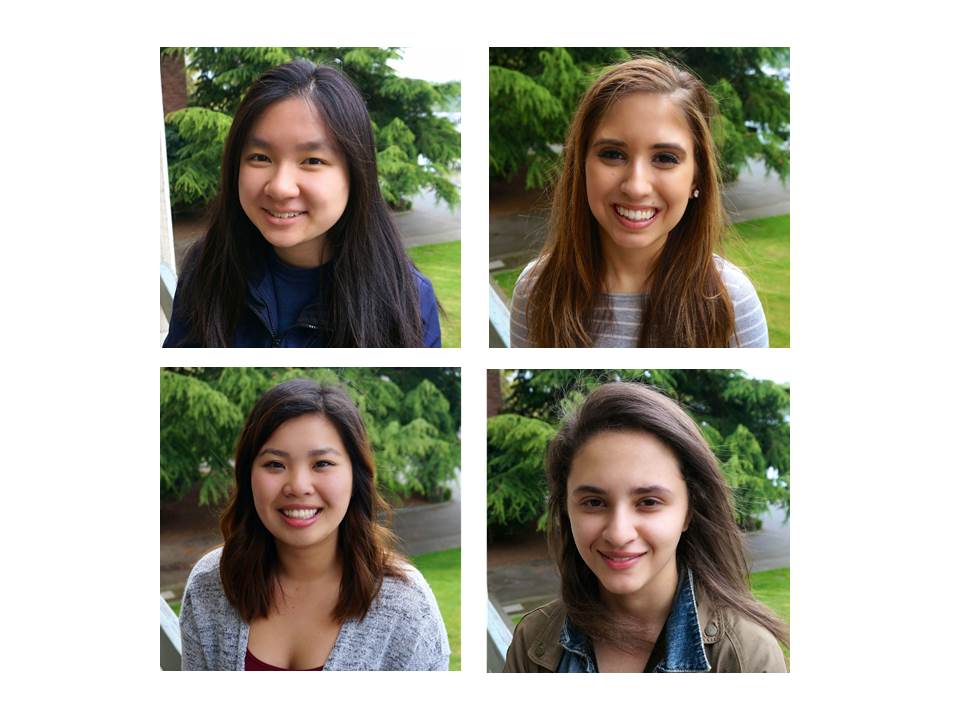 The HuskyMOSSAIC program (Mentoring, Organization and Social Support for Autism Inclusion on Campus) was launched by the UW Speech and Hearing Sciences Department to provide peer support and mentorship to undergraduate students with ASD at the Seattle campus. Peer mentors serve as guides, coaches, and navigators to help mentees to identify personal challenges and goals related to their college experience.  Examples of goals may include developing strategies for time management, navigating campus resources, and communicating with professors. Mentors and mentees meet weekly for approximately an hour, one on one, and social events are held monthly. Cost for participation is $25 per quarter. To apply to be a Mentee, download the application here. 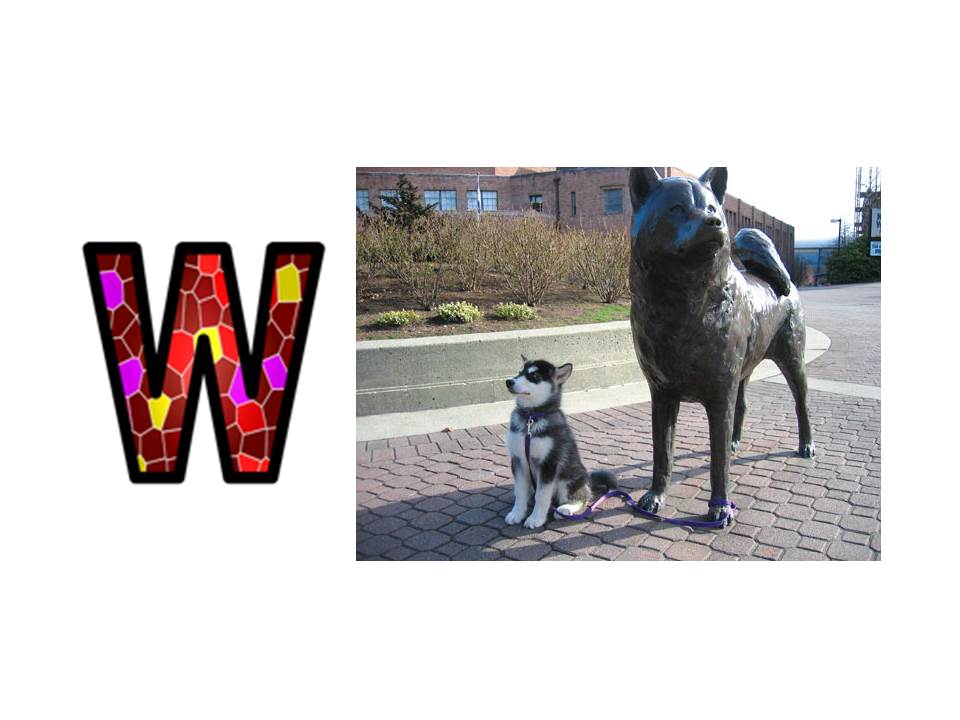 Dr. Wendy Stone, director of the READi Lab, was recently interviewed by KCTS 9 for its IN Close segment, which highlights current affairs in the Pacific Northwest. In this segment, Dr. Stone discusses her role in advising Sesame Street on creating its first character with autism, a four-year-old named Julia. Dr. Stone has been a primary consultant to Sesame Street since 2008, when she was asked to co-write a comprehensive review about the state of the science in autism. To read more about the iterative process of creating Julia and learn more about the Sesame Street “See Amazing” initiative, watch the KCTS9 segment by clicking here.

Dr. Stone will be co-presenting a public lecture that is part of the Allen L. Edwards Lecture Series on Wednesday, May 4th 7:30 – 9:30 PM.  She and Dr. David Mandell (University of Pennsylvania) will be discussing the topic of Autism Intervention in the Community at Kane Hall on the University of Washington campus. For more information about this event, or to register, click here. 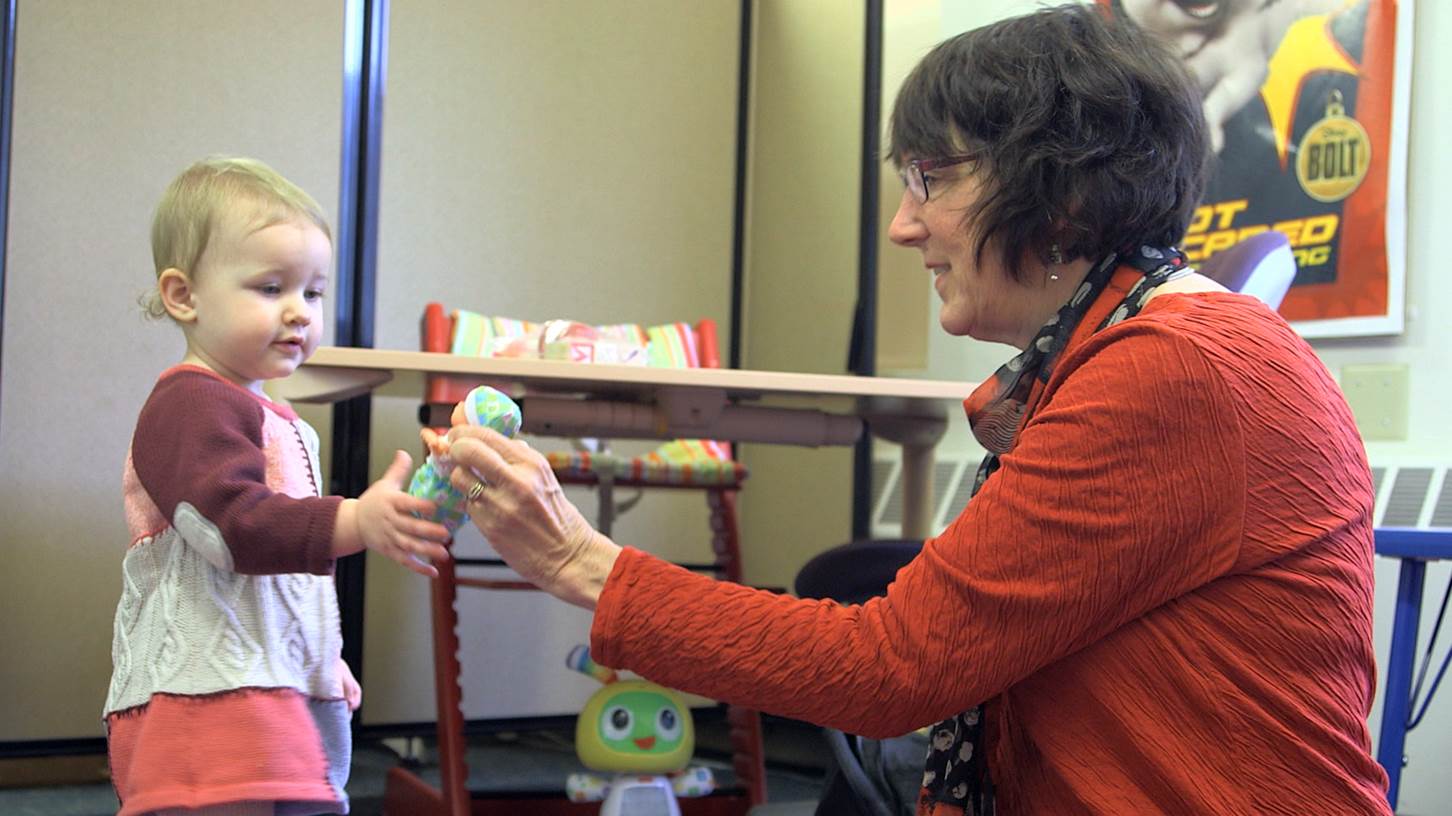 One of our colleagues at the University of Pittsburgh, Dr. Klaus Libertus, is studying the relation between motor development and language, and is looking for families who have a child with ASD and an infant under 4 months old. If you, or someone you know, might be interested in participating, please refer to the contact information pictured below. 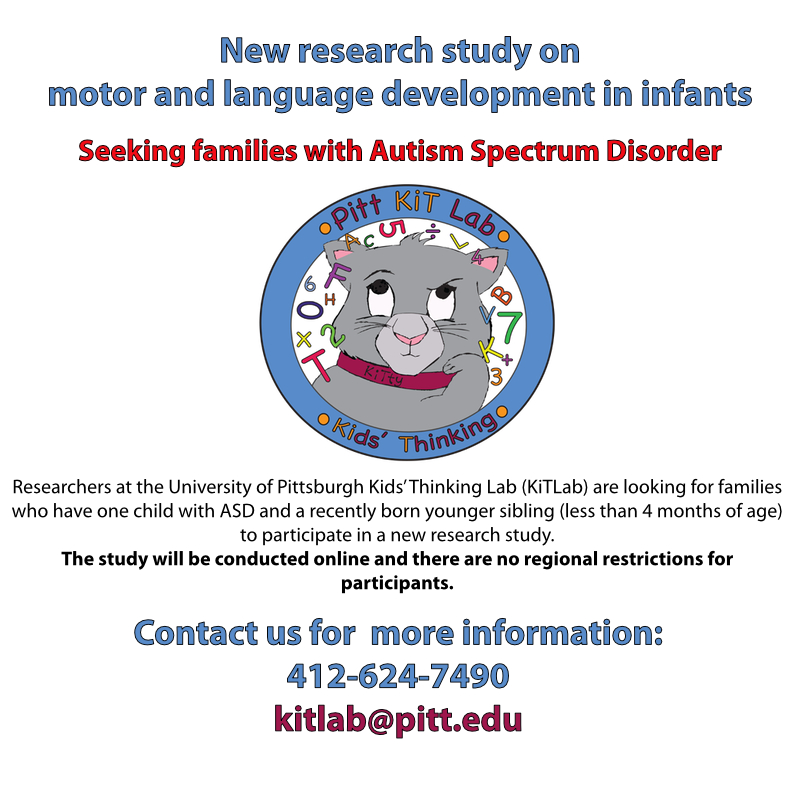 Trips to the dentist can be stressful for everyone, but may be particularly difficult for children with ASD, due to the many unfamiliar (and unusual) procedures, instruments, sounds, textures, and tastes. Dr. Travis Nelson, clinical assistant professor at the UW Center for Pediatric Dentistry, offers two half-day clinics per week that are specialized for children with ASD. The clinic also provides tips and visual stories that range from planning a field trip prior to the first appointment to identifying a specific reward for a successful dental visit. Preparation, practice, and celebrating successes are the keys to the best experience with dental care! To read about tips for children with ASD, click here. For more information about the Center for Pediatric Dentistry, click here. 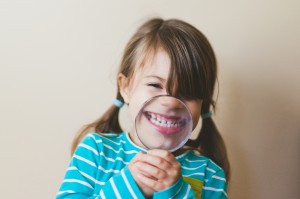 Last night the READi Lab hosted its second annual sensory-friendly ‘Night Under the Stars’ event, in partnership with the UW Planetarium. Children and families with ASD gazed at the cosmos on the UW campus, posed for photos, and feasted on delicious treats donated by Seattle area companies.  We extend a heartfelt thanks to PCC Natural Foods Market, Ener-G Inc., The Essential Baking Company, Chaco Canyon, and Mighty-O Donuts for their generous donations.

The READi Lab and UW Planetarium will be holding our stargazing event again on April 25th, at 7 PM for families who have already registered. To learn about our upcoming events, “like” our Facebook page! 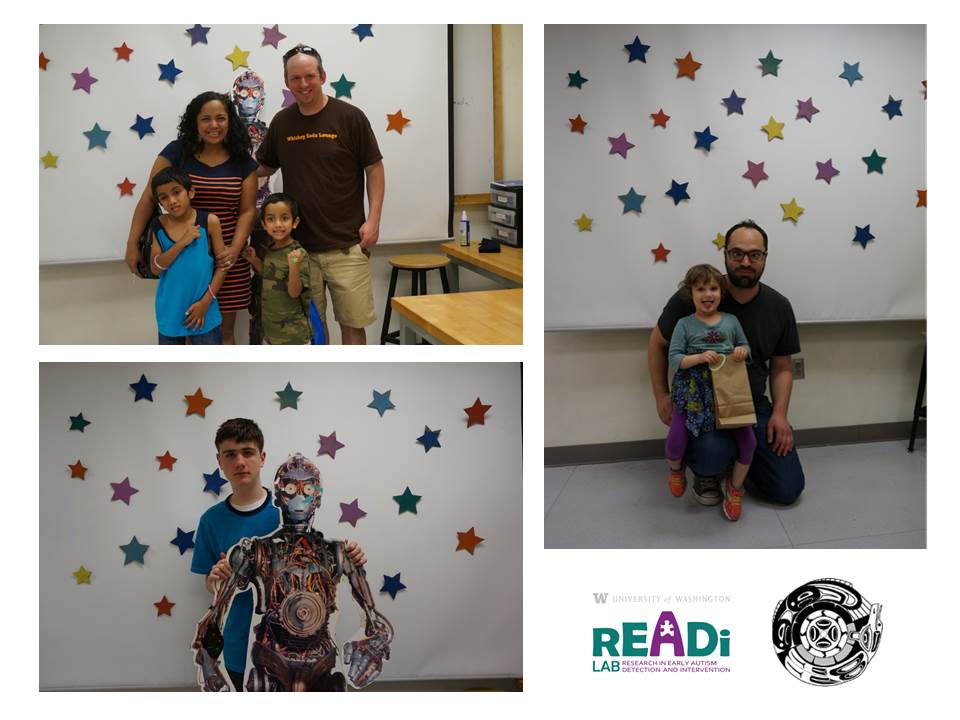 The Interagency Autism Coordinating Committee (IACC) is a federal advisory committee charged with coordinating all activities related to ASD within the US Department of Health and Human Services.  They produce an annual “Summary of Advances in Autism Spectrum Disorder Research,” which has just been released. The report focuses on 20 scientific publications that represent significant progress in seven topic areas:  biology and risk factors, screening and diagnosis, early intervention, health outcomes, education, transition to adulthood, and employment. This year READi Lab Director Wendy Stone was a co-author on 4 of the 20 articles listed! The report describes research results in plain language, and can be accessed from this link. 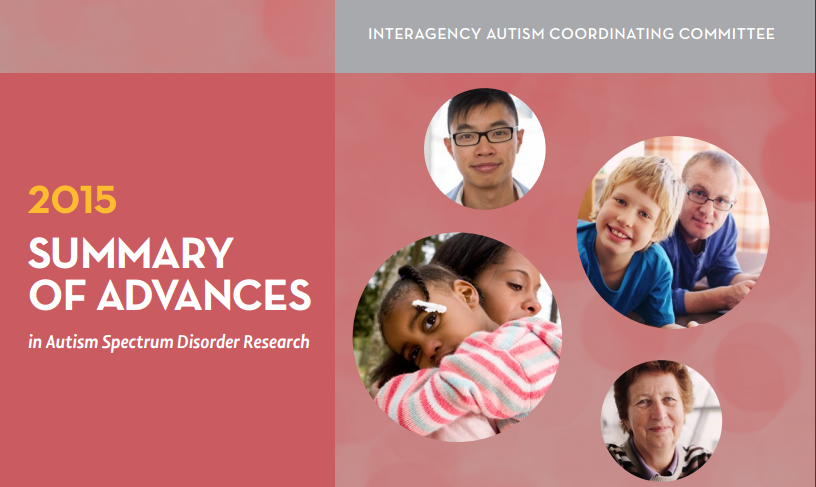 Over this past week, READi Lab Director Dr. Wendy Stone and her colleague from Vanderbilt University, Amy Swanson, have been in Taiwan conducting 4 STAT (Screening Tool for Autism in Toddlers) training workshops for over 80 child psychologists and psychiatrists in Taipei and Chia-Yi. One of the special objectives of this trip was to train Dr. Chung-Hsin Chiang, a local child psychologist and an author of the Taiwanese version of the STAT, as a STAT trainer in order to provide local and sustainable training opportunities to future Taiwanese clinicians.

Dr. Stone will also be presenting at a teaching hospital in Chia-Yi and giving a keynote address at the Taiwanese Association for Clinical Psychologists. These presentations will focus on the importance of early identification of ASD and discuss the Screen-Refer-Treat model as an alternative model that may facilitate early detection and intervention within the healthcare system.

We can’t wait to see what you bring us back, Wendy! 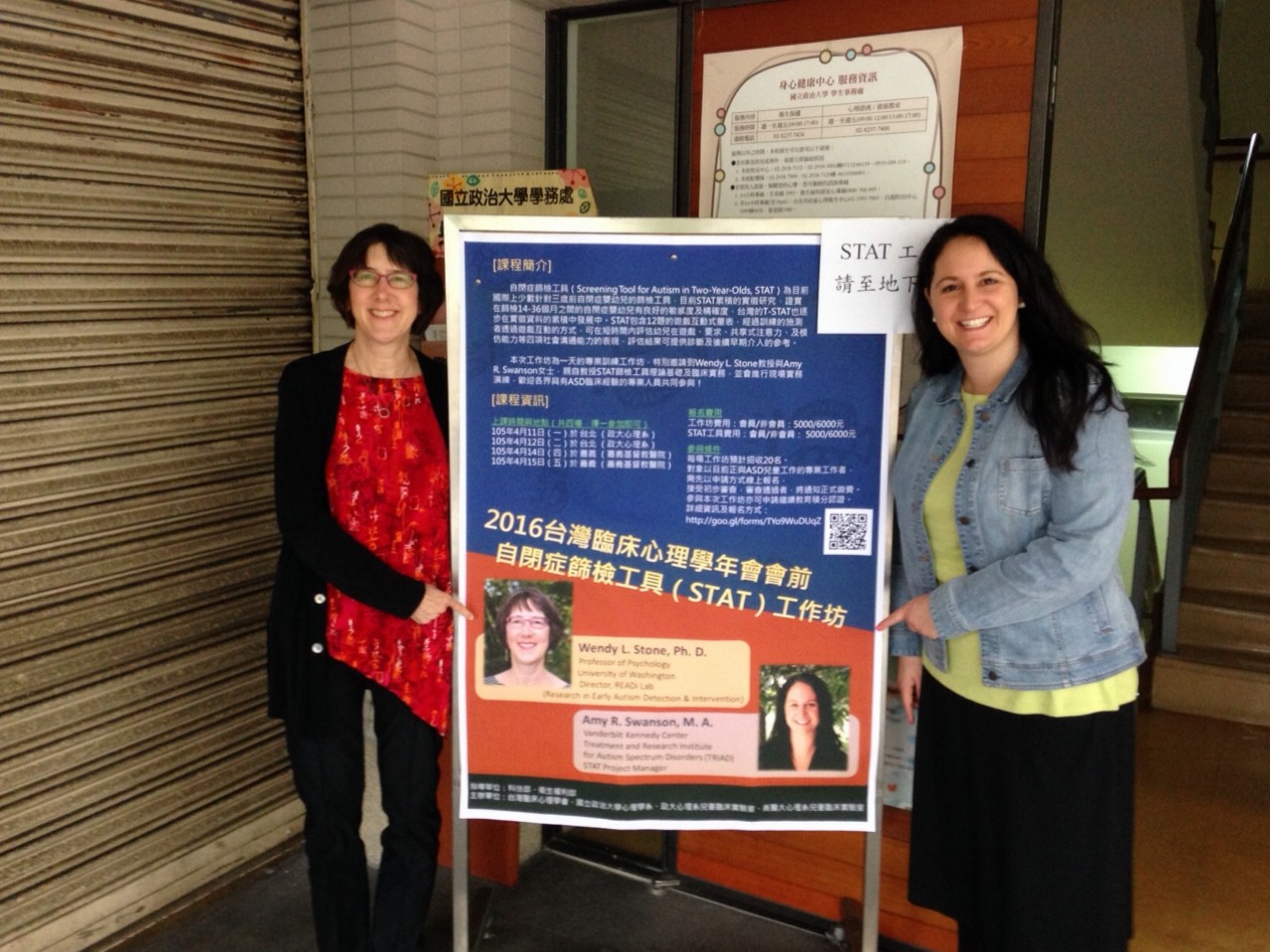 The READi Lab kicked off its first event of Autism Awareness Month by participating in the resource fair at the Pacific Science Center’s monthly event, Exploration for All: Autism Early Open, this past Saturday, April 9th. Families were able to stop by the READi Lab table for information about current research studies and ASD resources, before enjoying a sensory-friendly morning at the Pacific Science Center.

The Pacific Science Center hosts Exploration for All: Autism Early Open hours monthly, where guests can experience exhibits with decreased sound and softened lighting, without heavy crowds. The next early open hours will be hosted on May 14th from 8 AM – 10 AM. To see additional future dates or learn more about this event, click here. 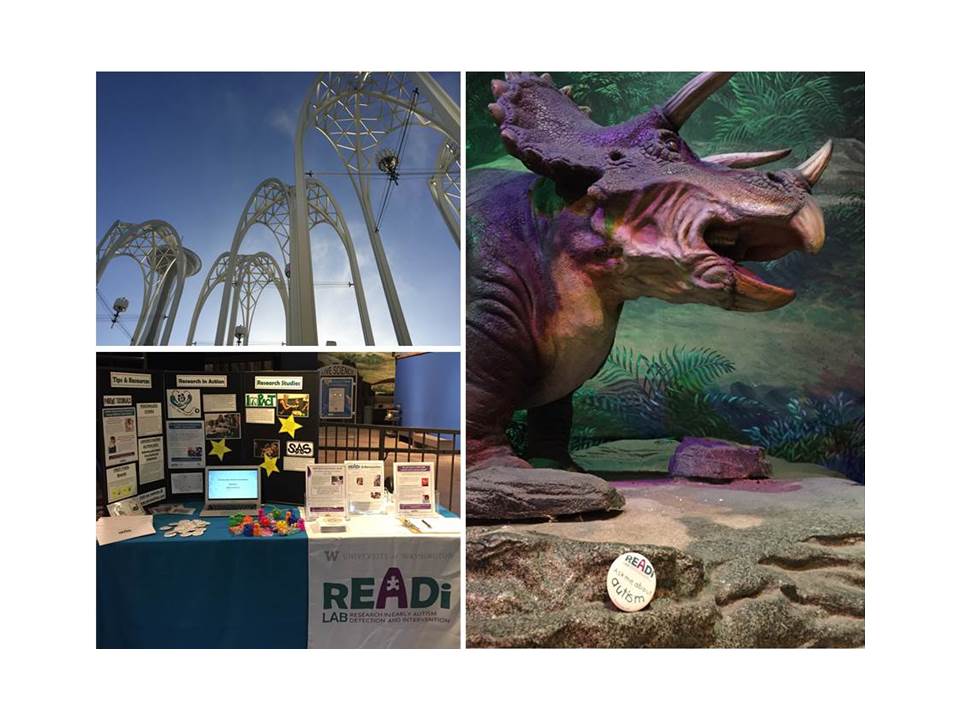 Seattle Shakespeare Company will be offering a special sensory-friendly showing of The Tempest for individuals with ASD and their families and friends. The performance will take place this Sunday, April 17th at 2:00 PM in the Center Theatre.

Slight adjustments to the production’s effects will be made including keeping the house lights halfway on and toning down the sounds. The theater doors will also be maintained open to allow the theater goers to come and go as needed. For those who need to leave their seats to take a break, there will be quiet rooms and activity areas staffed with ASD specialists and volunteers. The play runs 90 minutes, and tickets are $11 each (all ages). To purchase tickets for this event, click here. 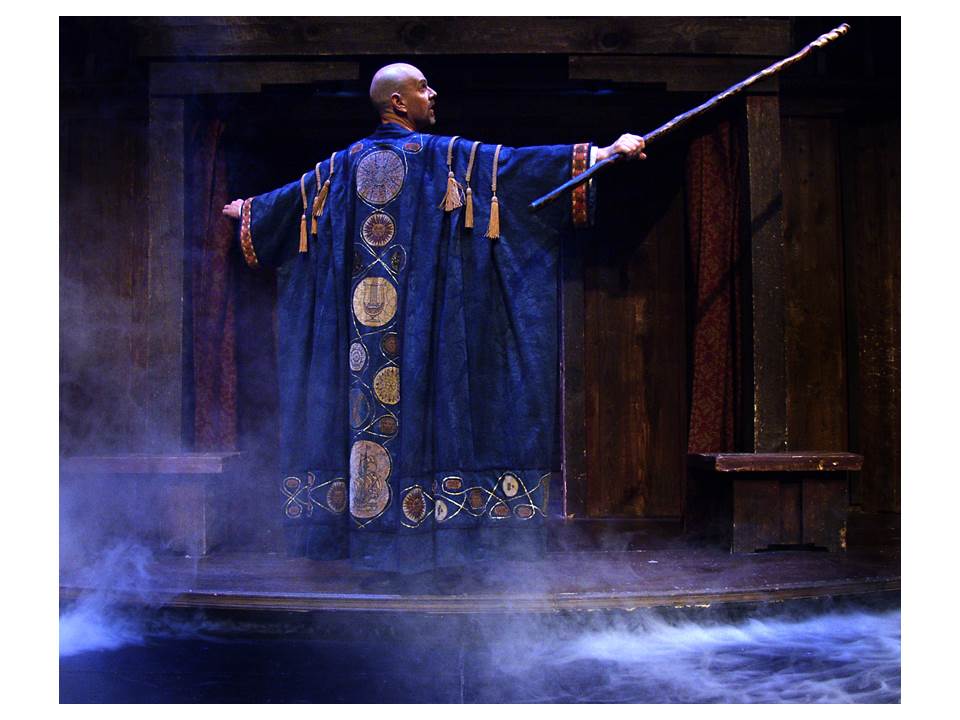 The latest findings from the CDC’s Autism and Developmental Disabilities Monitoring (ADDM) Network indicate that the prevalence of ASD held steady between 2010 and 2012, at 1 in 68. Does this mean that the percentage of children with ASD has stabilized? It’s too soon to know; we will need to wait for future reports. The median age of evaluation for ASD was 40 months. Racial and ethnic disparities continue to be present. To learn more about the study’s main findings and prevalence rates by different key factors (e.g., gender, ethnicity/race), read the CDC’s key findings article and “snapshot” report. 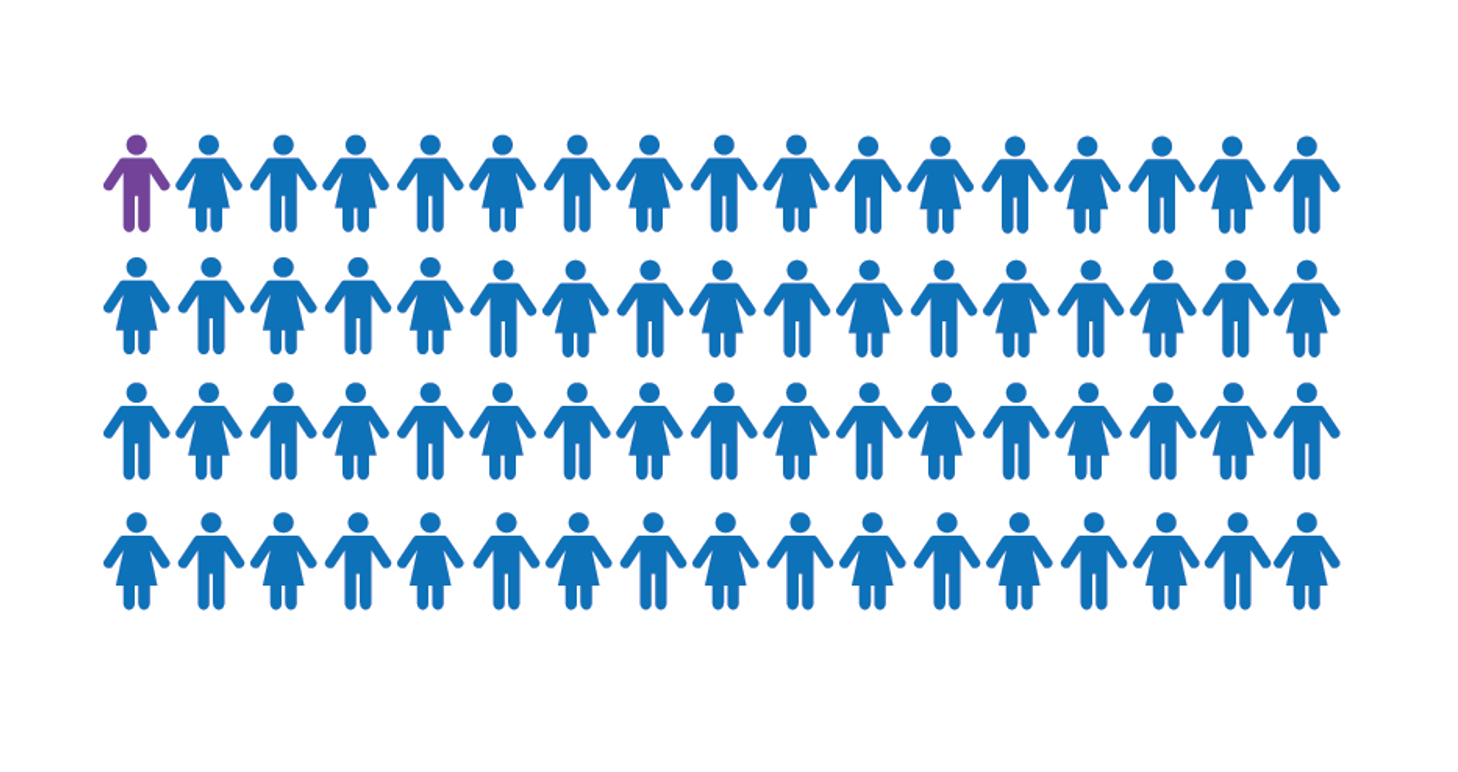 We’re so excited to share new materials from “Sesame Street and Autism: See Amazing in All Children!” Sesame Street has created 12 new videos featuring children with autism sharing their stories – as well as a new animation featuring Julia! In response to feedback, they have added more videos of real children with autism, who convey their thoughts and feelings in their own individual ways. The videos are designed to build understanding around autism and to celebrate both the uniqueness of every child and the things all children share in common. There is also a video designed for providers that acknowledges the contributions of the READi Lab! To find out more, visit sesamestreet.org/autism. 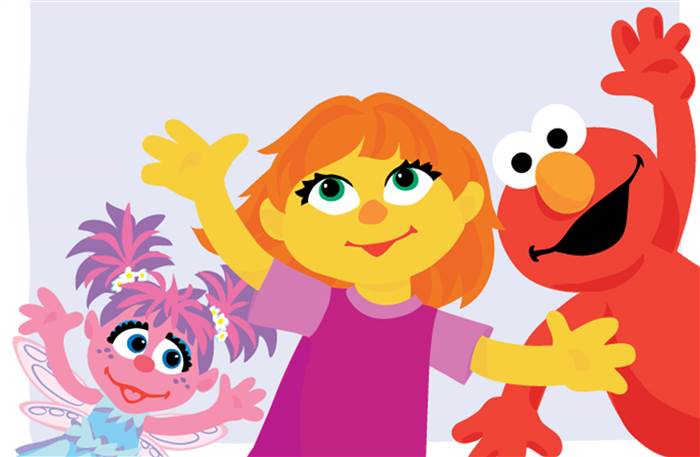 A new PBS children’s program, “Mack & Moxy,” will be featuring a child with ASD in an upcoming episode designed to raise awareness and promote inclusion of children with ASD. Eleven-year-old Charlie Owens will appear in an episode entitled “A Spectrum of Possibilities,” and “Trooper Charlie” will join Mack and Moxy for an adventure in which they meet a bird who also has ASD.

This TV program, which prides itself in being a “kid’s show about causes,” has joined hands with some of America’s leading non-profit organizations, such as Easter Seals, to introduce children to important issues ranging from ASD to emergency preparedness. In doing so, the show hopes to teach children life-long lessons about learning, compassion, and the joy of helping others. To read more about Charlie’s debut and view the show’s official trailer, visit the article in The Mighty.  For more information and resources about Mack & Moxy, including past and upcoming episodes and the causes/charities they have partnered with, visit the show’s website, here. 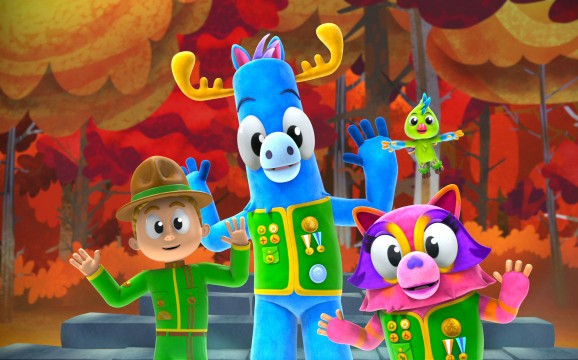 Congratulations to one of our graduate students, Sarah Edmunds! She is the first author on a research article that was recently accepted for publication in the journal Development and Psychopathology. Her study found that the link between infants’ motor imitation and later expressive language development is influenced by the presence of responding to joint attention (e.g., following a point) in infants at high and low risk for ASD.

The READi Lab is excited to announce that we will be hosting our second annual FREE sensory-sensitive UW planetarium experience next month, in celebration of Autism Awareness Month! This year we have arranged for two 7:00pm showings, one on Tuesday April 19th and one on Monday April 25th.  These events are designed for members of the community who have a loved one with ASD and an interest in the cosmos. The planetarium is located on the second floor of the Astronomy Building.

Families will experience the Seattle view of the night sky and all its constellations, before they take a trip “to infinity and beyond.” This event will have low sound and low lighting, and ASD-trained staff will be on site. Bring a cozy blanket to lie on the floor or snuggle into your seat as you gaze into the night sky for a visually stimulating experience. Glow bracelets and gluten-free, vegan, nut-free and traditional snacks will be available to all!

“Space” is limited, so please sign up for one of these two dates ASAP: April 19th/April 25th to ensure a spot. Detailed information about the event will be provided upon RSVP through the links above. 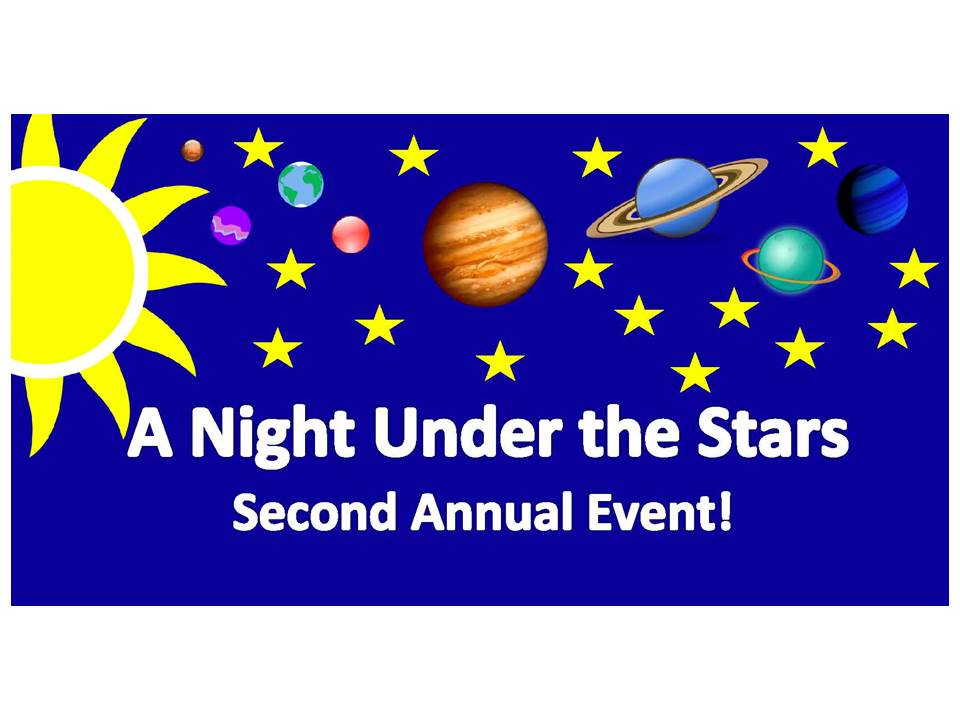