Researchers at UCSF conducted a study to better understand the relation of sensory dysfunction to ASD. This group examined both auditory (i.e., sound) and tactile (i.e., touch) processing in three groups of 8-12 year old boys: 20 with ASD, 15 with a diagnosis of sensory processing dysfunction (SPD) from an occupational therapist, and 19 with typical development. The auditory processing test measured dichotic listening (i.e., hearing and repeating different numbers simultaneously), temporal patterning (i.e.,  pitch perception of high and low tones), and auditory discrimination (i.e., auditory filtering of non-sense syllables presented amid background noise). The tactile tasks measured tactile detection (i.e., least force required to detect touch), sensitivity (i.e., shortest distance where two prongs placed on the finger are still detected as two separate points instead of just one), form discrimination (i.e., detection of the directional orientation of a grating pressed against the finger), and proprioception (i.e., detection and recreation of designs drawn on both hands). On the tactile processing tasks, both the ASD and SPD groups exhibited impairments on right-handed proprioception relative to the TD group, and the SPD group also had weaker tactile detection relative to the other two groups. On the auditory processing tasks, the ASD group showed weaker performance than both the TD and SPD groups. Furthermore, for the ASD group, auditory processing was significantly associated with parental reports of the child’s verbal communication. Overall, the findings suggest that difficulties in tactile processing are shared between the ASD and SPD groups, but auditory processing impairments may be unique to ASD and contribute to the development of ASD symptomatology. 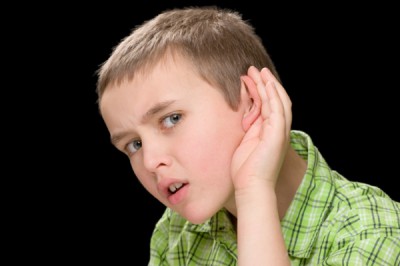