The different patterns of response to the guinea pig activity in children with and without ASD may be explained by the fact that physiological arousal can reflect either stress or excitement. The authors propose that for children with ASD, the presence of the guinea pigs within a social context may serve as a buffer against the anxiety and stress induced by social situations. On the other hand, for children without ASD, who are more comfortable in social situations, increased arousal in the guinea pig condition may reflect increased excitement in response to the novel situation.

While the presence of guinea pigs should not be considered a therapeutic intervention in and of itself, it may be useful in reducing social anxiety in children with ASD, and provide a more comfortable context for interacting with and learning from peers. 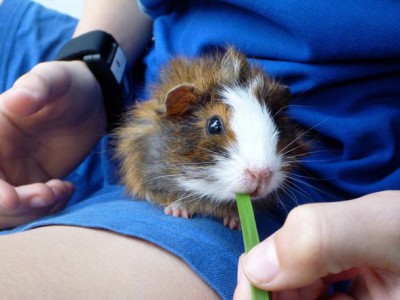 (via The New York Times)