Clock genes play a key role in regulating our sleep-wake cycles, or circadian rhythms. The study of clock genes in children with ASD is important because (as many parents know) disturbances in sleep are a common occurrence in individuals with ASD. A recent study in Japan examined the genes of 28 children and adults with ASD and intellectual disability, half of whom had sleep disorders and half who did not.  Their results revealed that individuals with ASD had twice as many mutations in circadian-related genes – regardless of whether they had a sleep disorder – compared with individuals in the control group. The authors suggest that these circadian-related genes may be involved in the pathophysiology of ASD, and even speculate that these genes may be involved in other aspects of timing that affect individuals with ASD, such as attention-shifting and social coordination. While the findings of this study are interesting, it will be important to see whether they can be replicated with other, larger, samples of individuals with ASD, including those without intellectual disability. 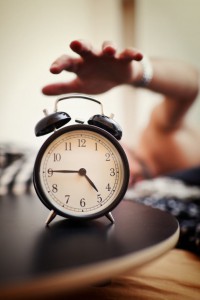