A recent population-based cohort study – the largest one to date — analyzed Swedish birth records from 1982-2010 to examine the link between Cesarean section (C-section) births and autism. The results from this cohort of 2.7 million live births confirmed previous findings of higher rates of autism in children born by C-section; children born by C-section were 21% more likely to have autism than those with unassisted vaginal births, even after controlling for confounding risk factors such as prematurity.

But these researchers went one step further. They also studied 13,411 pairs of siblings in which only one had autism. Within this group, there were 2,555 sibling pairs in which one had a C-section delivery and the other had an unassisted delivery. In this sibling control sample, they did not find an association between C-sections and autism; that is, children born by C-section were no more likely to have autism than their counterparts with unassisted births. These results suggest that C-sections alone do not cause autism; rather, it is more likely that the presence of unknown genetic and/or environmental factors contribute to the increased risk of both autism and C-sections.

To learn more, you can read Autism Speaks’ coverage of the study. 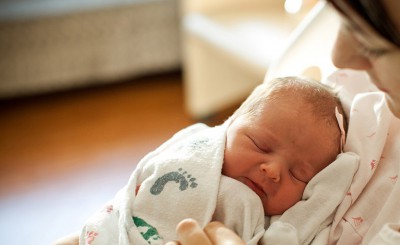