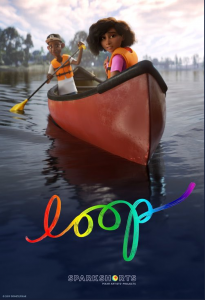 Pixar released its newest short film, “Loop,” on January 10th. As described by Pixar, the animation tells the story of “a non-verbal, autistic girl and a chatty boy [who] are partnered on a canoeing trip. To complete their journey across an urban lake, they must both learn how the other experiences the world.” Available to stream on Disney+, the 6-minute film is a sweet testament to the power of friendship and empathy across ability levels. We are so excited that non-verbal children with autism will be able to identify with a Pixar character! Click here to check out the “Making of Loop” backstory.