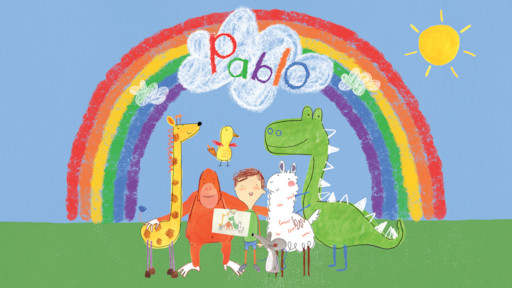 The British children’s television series “Pablo” centers on the adventures of the title-character, who is a five-year-old boy with autism, and his imaginary animal friends, the Book Animals, who go on adventures in Pablo’s Art World. A typical episode will begin in the real world where Pablo is performing a daily activity and when he encounters a problem or experience he does not understand, the show transitions into his animated art world.  Through each episode’s story, the audience gets a glimpse into the real-life experiences of children with autism. The show is also unique in that it is entirely voiced and co-written by people with autism. If you would like to check it out, the show is available for streaming on Netflix here!