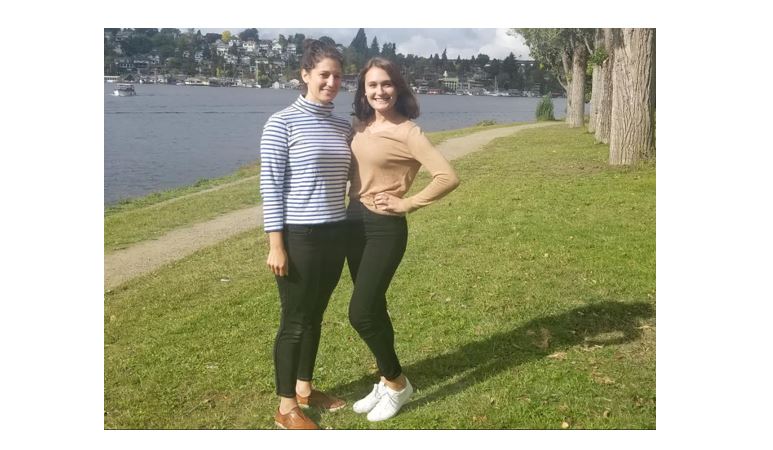 The READi Lab would like to extend a big welcome to our two new graduate students in the Child Clinical Psychology program at UW, Shana Attar (left) and Hannah Neiderman (right)!

Shana received her undergraduate degree from the University of Connecticut and her master’s degree from Harvard University. She became interested in ASD research while working as a phenotyper in an Autism lab at Boston Children’s Hospital. After this, she further cultivated her interest in ASD through involvement in other research studies, including an early detection study at Total Child Health in Baltimore and more recently, an early intervention study at Drexel University in Philadelphia with Dr. Diana Robins and Dr. Giacomo Vivanti. Shana is interested in researching strategies that improve early detection rates and early intervention utilization in community settings.

Hannah completed her undergraduate degree at UCLA, where she was involved in various research labs and clinical fieldwork focused on developmental psychopathology, which sparked her interest in ASD. Since then, she has further explored her interest in ASD as a research fellow at the Yale Child Study Center under Dr. Katarzyna Chawarska, where she worked on multiple studies including the Autism Center of Excellence grant focused on early indicators of ASD as well as a multimedia ASD screener study within the community. Hannah’s research interests include early intervention for children with ASD and accessibility to diagnostic and intervention services for families in the community.